This walk will take you past seven Les Mis-related locations in a little over a mile. If you wish, you can start at the site of the barricade, follow the rue Rambuteau away from the Halles three or four blocks, turn right on the rue Saint-Martin, and follow it to the far end of the Place Georges Pompidou and another block to the Cloister of St-Merry. However, our official start is: 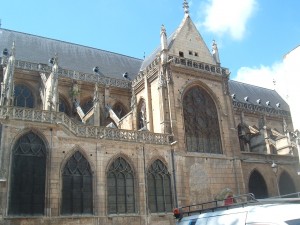 1. Cloister of Saint-Merry, intersection of the rue Saint-Martin and the rue du Cloître Saint-Merri. This is the site of the real barricade that Hugo based his fictional barricade on. 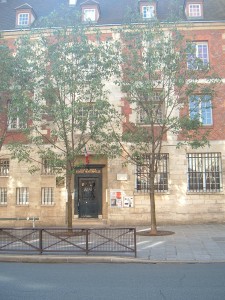 Turn around and take the rue des Archives back towards the river. Take the first left; at the end of the block on the left is… 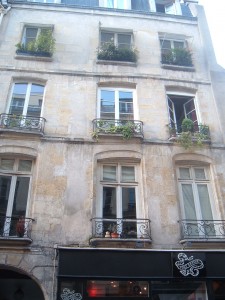 3. No. 16, rue de la Verrerie, where Marius lodged with Courfeyrac after moving out of the Gorbeau house. 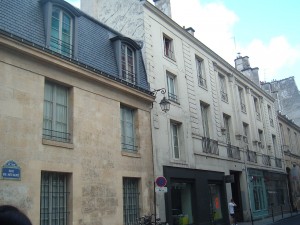 4. No. 11, rue de Sévigné is where Gavroche helped Thénardier escaped from the prison of La Force. If you don’t mind backtracking a couple blocks, there’s a fragment of the actual wall of La Force at 24, rue Pavée. 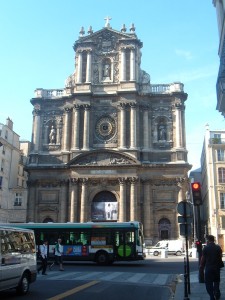 5. The Église St-Paul-St-Louis, back at the base of the rue Sévigné, is where Marius married Cosette in 1833–and also, not by coincidence, where Victor Hugo’s own daughter Léopoldine was married in 1843.

Here, the rue de Rivoli becomes the rue Saint-Antoine. Follow it, then make a left turn into the rue de Birague, which takes you to the Place des Vosges. 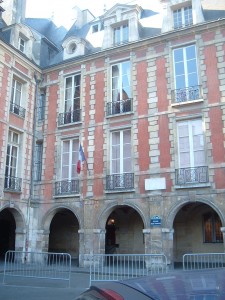 6. The Victor Hugo Museum is located at no. 6, Place des Vosges, in one of Hugo’s old apartments. Admission is free, so go in and take a look around.

Retrace your footsteps to the rue Saint-Antoine, which will eventually lead you to… 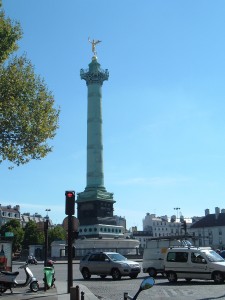 7. The Place de la Bastille. Quite aside from any trifling details like revolutions, fortresses, and angry mobs, the Place de la Bastille was also the site of Napoleon’s elephant, where Gavroche sheltered his two younger brothers for the night. The elephant is gone, and has been replaced by the July Column. 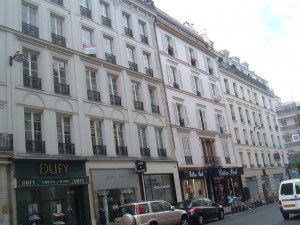