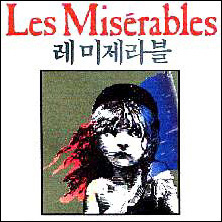 The Korean production was an unauthorized version of the show which Cameron Mackintosh quickly stomped on and got the cast recording taken off the shelves. A few copies have survived, but know if you stumble across one that it’s not officially sanctioned.

The most terrible recording of Les Mis ever, for a single reason: the backings. There’s no orchestra on this version, just these awful MIDI backings that sound like karaoke tracks you’d download off the internet. The singers aren’t as painful to listen to as the backings (though Fantine takes a giant breath in the middle of “shaaaaame”), but god, those tracks are horrible.